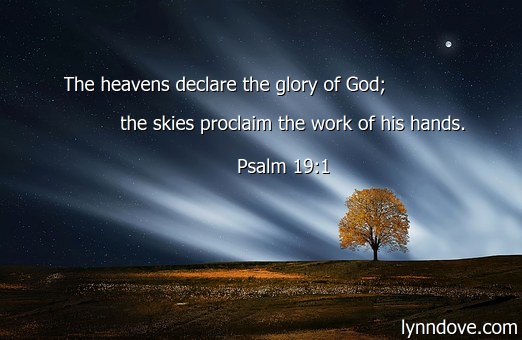 I was a newlywed when the last total eclipse of the sun was seen in our neck of the woods in 1979.  I don’t really remember if there was as much excitement about that one as there was for this one in 2017, but the images captured yesterday were probably more spectacular because of new technology.  To be honest I missed it both times and will likely not see the next one seven years from now as it will cross over the eastern part of Canada and miss the west entirely.

As I listened to the news last night and saw the amazing image of the moon crossing in between the earth and the sun, I was mesmerized not by the event itself per se, but peoples’ reaction to it.  I listened to their interviews and noted that in our world where everyone acts as though the world revolves around THEM, the reality is that a total eclipse makes people realize that they have absolutely no control over what happens in the “heavenlies”.  People were actually weeping when they witnessed the event, perhaps overcome by the enormity of the universe compared to the insignificance of their petty lives.

Was God mentioned yesterday?  Yes.  People often refer to a “greater power” when they witness things that they have absolutely no control over.

Franklin Graham on his Facebook page wrote: “Throughout history some have associated a solar eclipse with a warning of God’s pending judgment. Today, a #SolarEclipse will cross the United States from the Pacific Northwest to the Southeast. I don’t know if this is a sign of His judgment, but as the moon’s shadow crosses our nation, may it be a reminder to all of us to pray—to confess our sins, to repent and ask for God’s forgiveness, and to pray that God will heal our broken land.”
#GreatAmericanEclipse #Pray

Psalm 19:1 was quoted quite often yesterday as well: “The heavens declare the glory of God; the skies proclaim the work of his hands.”

God has complete control of the universe and it is only our human arrogance that seems to think we can change what God has already put into motion.  We truly are insolent creatures!

I do pray that yesterday’s cosmic event will push people to think how truly small they are in the grand scheme of things.  God holds the cosmos in His Hands and His Creation bows to His Majesty and His Grand Plan.  He is the Alpha and the Omega, the Beginning and the End.  He will determine how many days are allotted to each of us and to this World, and when He says “It is finished” there will be NOTHING we can do about stopping what happens next.