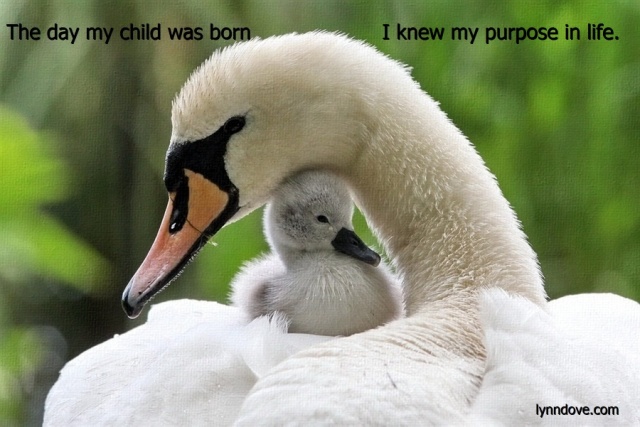 August 24th, 1995…I remember waking up early, the sun streaming through my bedroom window.  I was very pregnant, had been on bedrest through most of the third semester and that morning a little “tweak” told me that my baby was ready to meet the world!

“Honey, my water broke.”  I casually told my sleep-eyed husband.

Suddenly wide-eyed and panic-stricken, my husband bolted out of bed, grabbed a pair of brand new tube socks from a drawer and promptly put his foot straight through the right sock!  Hopping up and down while trying to pull the destroyed sock off, and scrambling to find another one, my husband raced around our bedroom throwing clothes around reprimanding me at the same time.  “Why didn’t you tell me sooner?…We need to get to the hospital?…Where are my socks??”

I calmly lay in the bed, serenely amused by my husband’s antics.  “No rush, Honey.  There’s plenty of time.”

Hours later, I gave birth to a beautiful, baby girl who took her first breath and immediately her lung collapsed.  I barely had time to see her tiny face, or touch her reddened cheek, before she was whisked away from me to the intensive care wing of the hospital.  My husband and I held hands and prayed.  Time stood still.

For us the clock only started ticking again when minutes later the doctors informed us that our daughter would be okay.  It was a scare nothing more.  Still, from that hour on, my husband and I couldn’t help but be even more watchful and protective of our “Baby Girl” than we may have been with our first two children.  It is that constant protective instinct that every parent has for their children, but heightened certainly when one child appears more vulnerable and sensitive to life’s ups and downs.

Carmen was our gift from God in our “Sarah and Abraham” years (as our friend Connie called it).  After the birth of my first daughter, followed by two traumatic miscarriages, the adoption of our son eight years after my first daughter was born; we thought our family was complete.  When I was told I was expecting again three years later, I laughed…just like Sarah did in the Bible.  For four months I was in a state of semi-denial that I was going to have a baby at all.  It wasn’t until I heard the baby’s heartbeat that I actually believed it to be true.  When I developed toxemia in the last trimester and placed on bedrest, nothing else mattered but doing whatever it took to deliver a healthy baby.

And then only minutes after she was born, we almost lost her…

At eighteen months, our dimpled little cherub crawled across the family room floor.  It had only taken an instant for me to turn to put a cup of hot chocolate down on a side table, grab a coaster and then turn again to see my baby grab the cup and dump the scalding liquid down on top of herself.  Instinct kicked in again as I had the presence of mind to rip off her onesy from her body, her skin already starting to bubble as I screamed for my husband to call the hospital.  The drive to the hospital was a blur, the moans of the baby coupled by my tears and anguish that only a parent experiences when that sickening feeling of guilt and remorse kicks in when you realize you should have been more watchful to protect your child from injury.  Doctors praised me for my quick thinking in removing her clothes or they would have burned to her body causing even more serious injury, but it was bad enough.  She had suffered painful second degree burns that required around the clock care for weeks after.

Miraculously, God allowed Carmen to heal with no scarring.  Occasionally the only time we even noticed she had suffered a burn was when she got a little aggravated as a toddler…a small red teardrop- shaped mark would appear just under her chin.  In time, that too faded away to nothing.

When Carmen was three, I took all three children in to have routine eye exams.  The eye doctor asked if he should check Carmen’s eyes.  I laughed, “If you think she’ll sit still long enough for you to try.”  My two oldest had perfect vision but the eye doctor frowned after Carmen’s eye exam.  “I’m going to send you to a specialist,” he said, “She is nearly blind in her right eye.  Have you ever noticed anything unusual in her behavior that would indicate a sight problem?”

“Nothing!” I said, “Just that at times she stands closer to the T.V. and we’re always telling her to move away from it.”  Thud.  It’s like the guilt knocked me over once again.

At five, she was playing on her Dad’s weight equipment with her brother.  I had told them both to stay away from the equipment but as children often do,…they both ignored me.  I heard a thump and a cry and my son ran to me and said Carmen had fallen.  She stood up slowly with large tears in her eyes and pouted.  I bent down to reprimand her for playing on the weight equipment when I told her not to.  Putting my hand on the back of her head, I noticed something sticky and wet and realized she had a serious gash.  Once again a trip to emergency and five stitches later, I wondered…I must be an unfit mother…how could I be so incapable of protecting this child?  I looked at her at play and couldn’t help but think…what next?

Chicken pox followed, not once but twice…broken collar bone…not once but twice.  No matter how carefully I tried to protect and watch over that child, she was the most accident-prone of all three of my children combined.

Carmen is celebrating yet another birthday today.  She has grown into a beautiful young women but will always be my “Baby”.  Her Dad and I wonder where the time has gone.  As I remember her “birth” day and all the days since, I laugh at how many times I’ve tried to protect her and how many times I’ve failed.  As she has tried to test her “wings”, more and more as she got older, I have been more and more reluctant to let her “fly”.  She is a free spirit.  Every activity is an adventure for her.  She lives life to the fullest and to the extreme.

It has been hard to watch my “Baby” grow up.  There, I’ve said it.  With my mother’s heart beating nervously, I know I must allow her to soar on her own.

There is a beautiful word picture of us taking shelter under God’s wings.  (Psalm 57:1)  As a parent I pray God will protect and watch over my children every single day.  How many times have I wanted to just keep my children sheltered, protected from all harm, safely tucked under my arms only to fail time and time again because I am, after all, only human? I don’t have the ability to remain watchful and attentive 24/7.  My “wings” just don’t seem large enough to cradle them in all the time.  That’s when I take comfort knowing God is there…everyday…all the time, watching over my children.  They are ever in His watchful care and I trust Him wholeheartedly to love them and protect them when they are away from me.