In 2011, a family in Pickering, Ontario, Canada was grieving the loss of their child, a victim of “bullycide”.  If you haven’t heard of 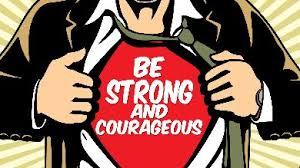 the word, it is because it is relatively new term coined in recent years that describes the act of children who commit suicide because they are bullied.  Mitchell Wilson, an eleven year old boy with muscular dystrophy, suffocated himself after being attacked by a twelve-year-old boy from his school.  The twelve-year-old was arrested for jumping Mitchell while he was out walking and smashing his face and teeth into the pavement and then stealing his iPhone.  Although the boy was charged and removed from the school, Mitchell, according to his father, never fully recovered from the attack.  Apparently Mitchell had been bullied before and this latest attack just made him even more nervous and stressed.

But there is more to this story.  Mitchell lost his mother to skin cancer,and Mitchell, having been diagnosed with muscular dystrophy, found that walking was a means of helping him fight his disease.  Unfortunately after the attack, Mitchell did not feel safe enough to walk outside anymore and when he was scheduled to testify against his attacker in court, family members believe that he just couldn’t handle the stress of the trial and wished to avoid facing his attacker in court.

This should raise the ire of anyone who has children and teenagers, or who works closely with youth.  Bullying is insidious and it is not something that will just go away.  It’s not something one grows out of, adults are bullied or grow up to be bullies.  It must be stopped and one way to do that is to raise awareness against bullying and in this case: bullycide.

My young adult Trilogy: Shoot the Wounded, Heal the Wounded and Love the Wounded addresses bullying and all three books are listed as resources on http://www.bullying.org, one of the largest anti-bullying websites in the world.  For more information on how you can combat bullying and to learn more please refer to another one of my other blog posts: Parenting 101 – What to Do If Your Child is Being Bullied or Help Stop Bullying.

To raise awareness to combat bullying I invite parents, students, teachers and administrators to participate in Bullying Awareness Week, November 16-22.  I am doing my part by blogging about this information and I invite my readers to share this blog and information by reblogging this post and sharing it on Twitter, Facebook, and other social networking sites.

If you are a victim of bullying: Tell a trusted adult and then hide this verse in your heart: