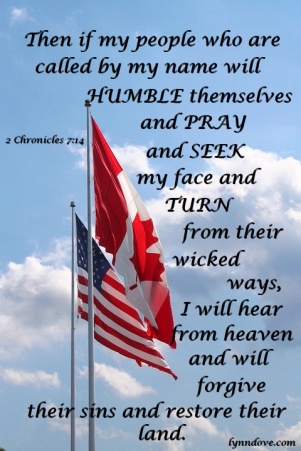 Just after the Canada vs. Russia Hockey Summit Series in 1972, our favourite Social Studies teacher, Mr. Scrase, bravely took a class of Grade Nine students from Sooke, B.C. to Seattle on an overnight field trip.  For many of us, myself included, we had never crossed the border into the United States before this trip.  It was going to be an adventure I would remember for my entire life.

I will admit leading up to this great adventure, my biggest concern was getting carsick, something that was a distinct possibility and something I already had a reputation for doing.  A few of my classmates still remembered all too vividly the infamous bus incident in Grade Seven, where I puked all over several of them returning home from a field trip in Vancouver.  I promised myself that on this trip, I would steer clear of any foods, like cotton-candy, that would upset my tummy.  My friends were grateful for that.

My group of friends, who I now refer to as the “Babes of ’58”, planned for weeks what to wear, what to bring, but mostly how we could show our nationalistic pride to our American neighbours.  For our little group, the 70’s was a time of great patriotism probably sparked by the Hockey Summit Series.  After we decorated the back window of the bus with a huge maple leaf flag and the words emblazoned around it: WE ARE CANADIAN and PROUD OF IT, we were ready to travel into our first “foreign” country.

We posed together for pictures on the ferry from Vancouver Island to the mainland.  We were impacted by the traffic, the strange currency and the red, white and blue flags flying everywhere.  We visited the Science Centre in Seattle, bought ridiculous looking, hippy-styled floppy hats as souvenirs, and toured around the city waving our Canadian flags at all passersby.  In one of the more enlightening exercises that Mr. Scrase had organized for our group, we spent a memorable afternoon interviewing people on the street asking them how much they knew about their “neighbour to the North”.  As it turned out the rather simple question of “Who is the current Prime Minister of Canada?” brought about some hilarious responses that indicated to us that many of those we interviewed did not know much about Canada.  In fact, just for fun, we even convinced an incredibly gullible person that Canada was indeed a frozen wasteland, with all the citizens living in igloos, and polar bears roaming freely on the streets.  That said, when we were summarily quizzed back about our knowledge of the U.S. of A., we were just as ignorant of their way of life despite Mr. Scrase’s repeated lessons leading up to the field trip about our “neighbour to the South”.  The most important lesson I learned on that first trip to the States was to be respectful of one another’s differences, embrace our similarities, and not take our neighbourly friendliness towards one another for granted.

Canada and the U.S. have a healthy rivalry when it comes to hockey and other team sports.  Over the years, although Canada once dominated winning Gold medals in international hockey competition, it is no longer guaranteed.  It makes for great hockey!  Having traveled to the U.S. many times after that first trip in Grade Nine, I have appreciated the beauty of both countries, and the hospitality I’ve enjoyed when in the U.S.  Except for one major faux pas I made by wearing an Arkansas Razorback jersey when visiting Tulsa, Oklahoma, I’ve always tried to show proper respect while visiting the U.S.!  (Note: never wear a rival football jersey in any American city…they take their football VERY seriously!)

I am saddened this week to see that the convivial relationship we have always shared with our neighbour to the south is being stretched by trade barriers, tariffs and childish bickering between political leaders in both countries.  Name-calling on both sides of the border breaks down communication and does nothing to resolve disputes.  I’m not a politician, I do not pretend to understand the political fencing that goes on around the world, but I do know that when two sides disagree, tension prevails.  Trust is lost.  Even if they can come together again in some kind of mutual cooperation and agreement, it will take time to regain that trust.

Given the current circumstances, there is much to discuss and amend to allow real healing to take place in both of our nations.  To mend the relationship between the USA and Canada requires diplomacy and tact, not to mention the absolute need for both nations to draw near to God; repent of sins that go against Him and His Word, and pray earnestly that God would hear from Heaven and restore our lands.

God Keep Our Land and In God We Trust!