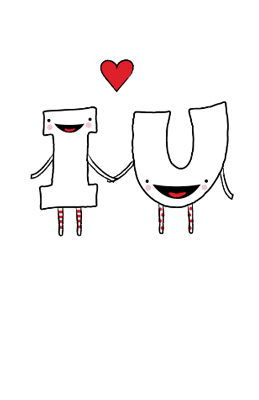 I have a little red autograph book that I have had since I was a kid.  Throughout school and into my college years I collected signatures and autographs from family, friends and sports heroes.  The first entry in my book are these words my mother wrote to me the Christmas of 1967:

Certainly when I read those words I thought that my little book would be filled with poignant blessings and sentimental poetry that would inspire and uplift me.  She adds this little ditty two pages later:

When you get tired of T.V. shows, climb up a tree and talk to the crows!”

That sort of set the tone for the rest of the book:

“If I had a rifle, this is what I’d do, I’d tranquilize an old bear and take it to the zoo.”

Or how about this one my friend Tanya wrote to me in grade nine?  We were in the middle of watching the Stanley Cup playoffs and my favorite team at the time was the Montreal Canadiens:

“Just think, that if you were –

As good as Guy Lafleur

I’d never see you at all

‘Cause you’d be in Montreal!

….even the traditional “Roses are red” sentiment was distorted by another “friend”:

You would think that based on those little rhymes I would have given up on finding that perfect heart-felt wording from someone that is usually found on the inside of a Hallmark card.  No such luck.  If I thought that I would have romantic poetry spewed in my direction I was sadly disappointed.  I had my eye on a certain handsome naval lieutenant in  the summer of 1977 and I thought surely this man might have some romantic poetic potential:

“To my dearest Lynn,”  (Certainly this started off as promising…)

When I return next year,  I hope you’re still free;

Word of advice guys…those words will NEVER win over a girl’s heart!

Flash forward to February 1978.  A new school term had just started at the University of Victoria where I was studying education.  I was busily scouring the book shelves at the bookstore, looking for the text books I needed for my courses.  Charles and I had only been dating for a very short time…enough time to know that there was a spark between us, but still not enough time to commit to saying we were in a “relationship”.  (This was waaaaaay before Facebook don’t you know.)  My “boyfriend” looked politely bored as he watched me go up and down the aisles.  He had a physics paper to write later for his class, and he seemed more interested in the Hot Rod magazines on the rack at the front desk than anything else.  I took idle note of the Valentine hearts dangling from strings around the store.  Valentine’s Day had never been one of my most favorite days of the year.  I had a small collection of silly cards that potential suitors thought would win my heart…they were wrong.  I hadn’t known Charles that long and so far, Charles’ only written communication to me was a hastily written note left on the windshield of my car.  “I’ll meet you later at the Student’s Union Building for coffee.  ‘C’ ”  Based on that I wasn’t holding out much hope that he would be that poetry-writing Romeo I was hoping for.  After all one of our first dates was me passing him wrenches while he put a new transmission into his hopped up muscle car.

I glared at him as he pulled a car magazine from the rack and I harumphed at him and batted a floating heart with irritation as I went in search of yet another textbook at the back of the store.

Five minutes later, I had my books in my hand and we walked towards the door.

I thought he was offering to take my heavy bag of books but instead he handed me a little plastic pin.  It still had it’s tiny little price tag on it: 39 cents. 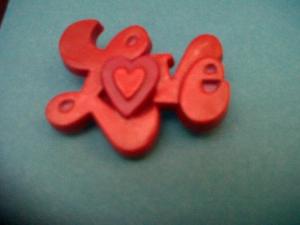 That’s all.  He looked at me and smiled shyly.  His eyes spoke volumes.  LOVE.