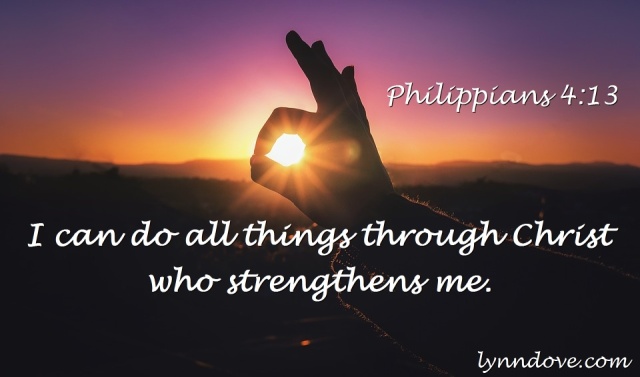 It had been a tough game.  A tough game to watch, and it was a tough game to play.  I could tell that my son was frustrated as I watched him skate to the bench after a particularly brutal shift on the ice.  His midget hockey team was up against a rival out-of-town team with some boys on defense who outweighed him by fifty pounds or more.  A finesse player, he hadn’t been able to skate or stick-handle his way past that defense.  They blocked him and hip-checked him soundly into the boards each time he got the puck.  The coach called a time-out and the players circled in to get some much-needed words of encouragement. I’m not sure what was said, but in the next shift, the boys looked fired up.  When my son was passed the puck behind our team’s net, he looked up the ice with fierce determination.  As a spectator watching the events unfold, it seemed like he was skating in slow motion.  He managed to weave his way almost effortlessly past the opposing players only to face the tallest boy on defense who stood like a sentinel barring his way.  I wished I had the presence of mind to film what happened next, because it was talked about for months after.  In a moment of desperation, my son slid the puck to one side and then ducked under and between the boy’s long legs to pick up the puck again so he could fire a wrist shot past the stunned goalie and into the net.  The home team fans, myself the loudest, erupted in one great cheer as my son skated past his bench, high-fiving his teammates as they congratulated him.

After the goal, my son excitedly shared with his team mates what had transpired on the ice that led to that spectacular goal.  “When I got the puck, I remembered my favorite Bible Verse: ‘I can do all things through Christ Who strengthens me’.  I just kept saying it over and over to myself all the way down the ice!”

Through the years, my son has been greatly encouraged by Philippians 4:13 motivating him to even have the verse tattooed on his body.  As a mom, I am so thankful that my children find strength in Christ and His Word.  Still, I would be remiss if I didn’t point out, that Philippians 4:13 really has nothing to do with he or anyone else being “successful” at school, in business, or in scoring spectacular hockey goals.  The verse has everything to do with being content regardless of life’s circumstances.

When he wrote the letter to the church in Philippi, the Apostle Paul was under house arrest awaiting trial, and based on previous experiences with those who opposed his preaching, Paul fully expected that this time he would be put to death if found guilty.  Paul had faced all kinds of suffering as he alludes to in vs. 12., but he had learned to be content in any kind of circumstance whether good or bad.  He was trying to teach the young church in Philippi that he could endure any and every hardship, including a death sentence if it came to that, because he knew Christ would give him the strength to endure anything.  He could make the best of his situation because he was not focused on his personal circumstances but on Christ alone.

I have discovered that when we interpret Scripture in an attempt to prop up self and boast about our personal accomplishments, we’ve likely got it wrong.  Scripture focuses on God’s Glory, not ours.  With our misinterpretation of Philippians 4:13, we tend to focus on our achievements rather than give full credit to God.  “I can do all things” with God’s help.  While it is true, God can give us victories, the focus should never be on us, but always centred fully on God.  Let’s go back to my son’s hockey game.

Although the outcome achieved was a favourable one in that my son scored a goal, he was able to credit his achievement by giving God the Glory.  It was a way to share his faith with his teammates in a tangible way.  That said, I wonder what he might have done or felt if he hadn’t scored the goal.  Would he have lost faith in God?  Would he have been angry, dejected, or hurt that his favourite Scripture verse did not deliver a positive result?  Would he have shared the verse with his teammates regardless?

My son has grown up and has experienced both victories and defeats, but he has learned to focus on God knowing He remains trustworthy in every circumstance.  Philippians 4:13 allows us to once again yield to God’s Sovereignty in our lives.  We need not sink under times of trial because He will strengthen us.  We need not fall into temptation, as I wrote in my previous blog posting, because He provides the means for us to endure and not succumb to temptations.  We need not fear, worry or be anxious because Jesus will strengthen us, bolster us, and give us courage to face any adversity.  We can be content in any circumstance because we know He will never leave us or forsake us.

No matter what trials, temptations and challenges you may face today, friend, use Philippians 4:13 to encourage you today!